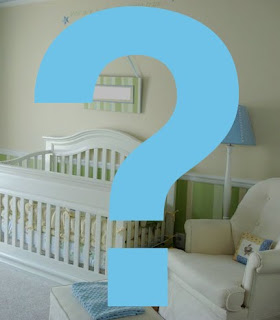 (via Thrifty Design Chick)
So, I don't think I've mentioned it yet but I'm currently pregnant with my second little boy. Yep, my household is about to go from madness to complete chaos! And my due date, just after Thanksgiving, is not just creeping up on me but is looking more and more like a full head-on collision. Thinking I had lots of time, I have put off not only coming up with a name (this is not something new; we agreed on Dashell's name in the last 5 minutes before they kicked us out of the hospital!) but also cleaning out, fixing up and decorating the new nursery. (It's currently a gym/giant disaster catch-all room. And who needs a gym when you have two little ones to run after, right??!) We'll probably use a co-sleeper again so he won't actually sleep in his room for the first three months, but I have to have a fireplace removed from that room (trust me, I'm sad too but the way it's designed it's a real safety hazard). And removing it will involve demolition and then replacing the missing floor boards, sanding and refinishing the floor and plastering and painting the walls. This means lots and lots of dust and fumes. So, I'd really like to get it over with before I bring this new fragile little being home.

That said, I've been trying to come up with a theme. It can't be too fabulous or my other little guy will get jealous. I did Dashell's room with a hot air balloon theme (I'll try and post a picture soon) and my husband suggested just doing another version of hot air balloons for this one so Dash wouldn't freak out. But I figure little number two is going to have plenty of hand-me-downs. I don't really want it all to start with the theme of his room. (And, given that my husband discovered a few years ago that his childhood Christmas stocking was a hand-me-down from parents' DOG, I can't believe that he'd even suggested this!)  So I've been wracking my brain.

Trains, as cool as they would be, are out. Dash would lose his mind! And I didn't want to just do a color theme, because, well, I have a weird confession to make... My entire (yes, entire!) house is done in red, yellow and green. Yep, kind of like a stoplight. It works with all the dark wood of our 1912 Craftsman house. Honestly, it's not as hideous as it sounds. Trust me. Or don't. I'll post pics and you can see for yourself. (Seriously, I don't know what I'm going to do when one of my boys decides that they want a blue room as they get older. Oh, the horror!) So, I decided on an airplane theme. Still aviation. Different but not too different, which works because the rooms are connected. Literally. The two rooms, a hallway and a bath comprise one side of the house. And, Dashell isn't totally into planes the way he is into other things. Also, thematically the room will grow with the new baby. Which is great, because as much as I LOVE redecorating my time is so tight right now (with no end in sight), that I simply can't imagine having to completely redo the room in a year or two.

So, for this moment, I'm set on airplanes and I'm pretty excited! I've been combing the internet for inspiration and here's a little of what I've found... 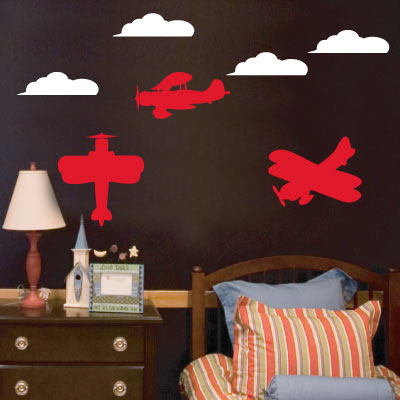 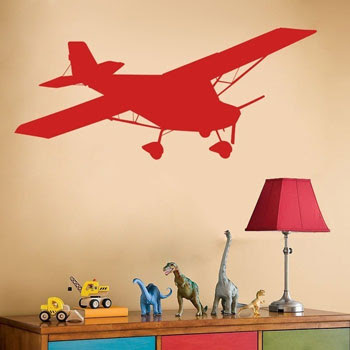 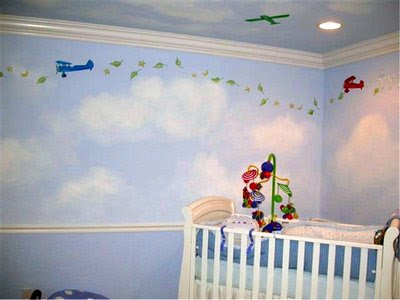 (via Laptops to Lullabies) 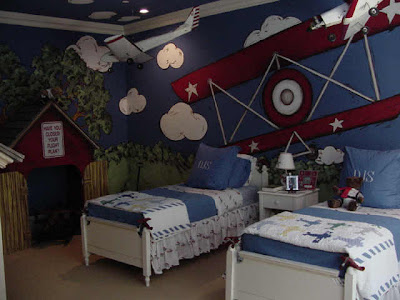 (via The Home Site) 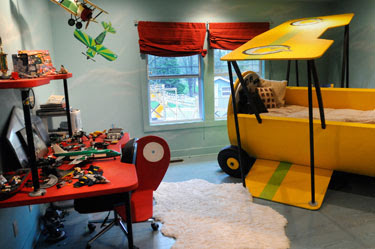 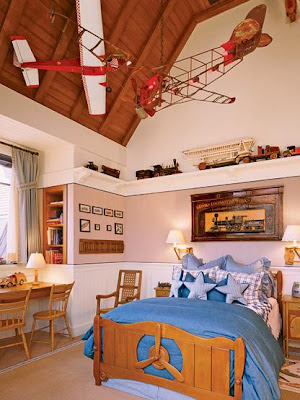 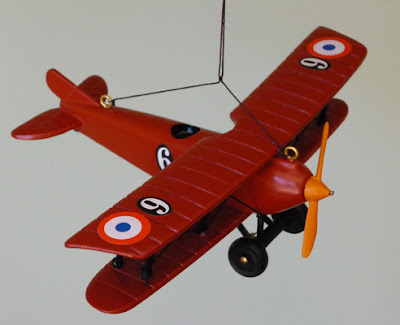 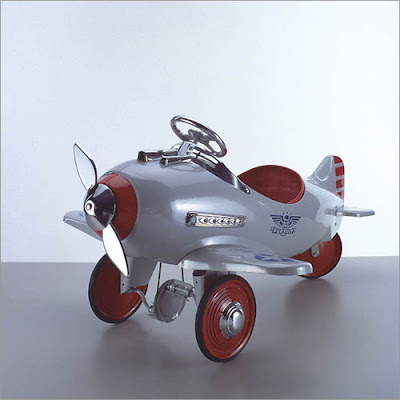 (via ChildrensFuniture.com)
And I saved the best for last... Have you seen this room from Thrifty Decor Chick??! 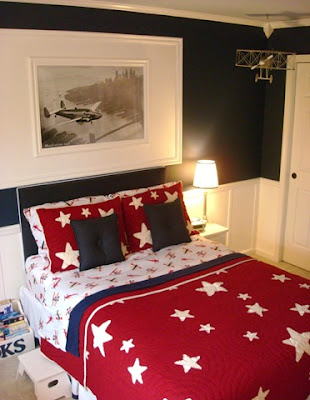 Oooooh the DETAILS!!! I'm so in LOVE! 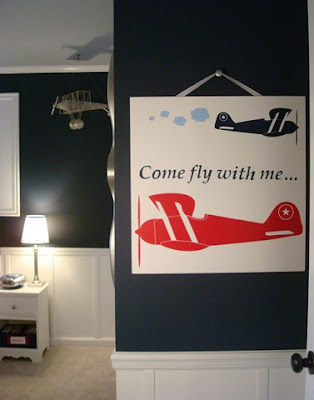 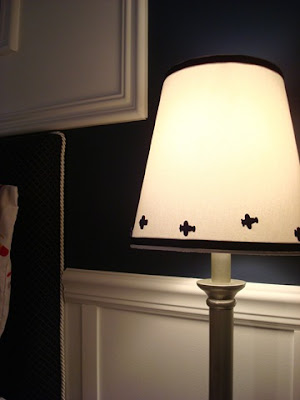 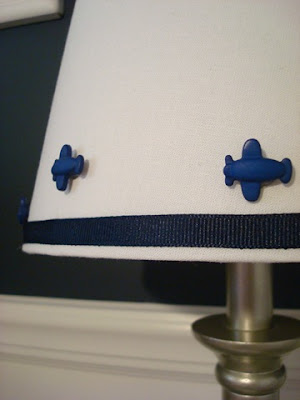 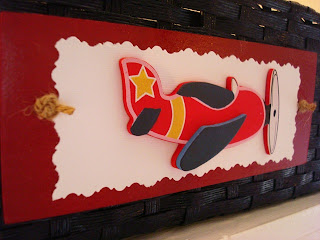 So that's where I'm at. Now I just have to find a contractor and get going on the not so fun stuff!!
Posted by Gwynn @ Gwynn Wasson Designs at 9/16/2010